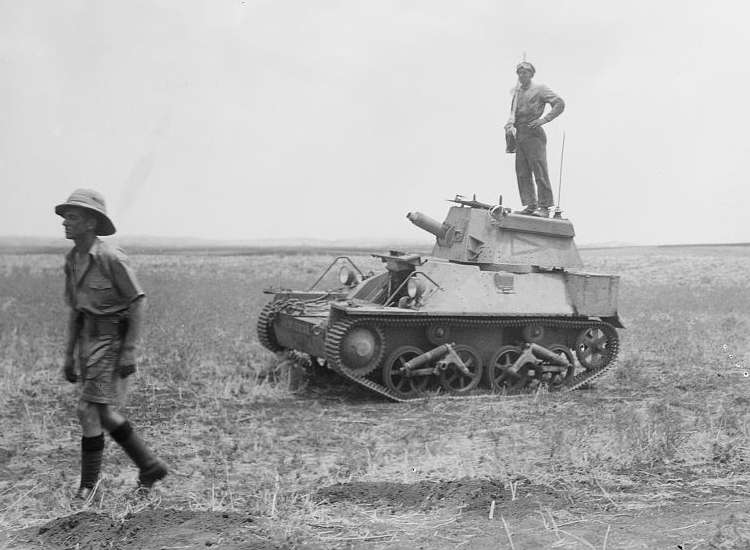 Production was shared between Vickers and Royal Ordnance, with a total of 42 tanks built, some of which reputedly carried the bigger .50-cal Vickers gun instead of the .303-cal. Virtually all of these tanks were shipped out to the Middle East around 1935 to increase the strength of the 6th Battalion Royal Tank Corps. This unit was created in Egypt in 1932, unofficially at first, by the amalgamation of 3rd and 5th Armoured Car Companies, Royal Tank Corps. To begin with it was limited to two companies of rather tired medium tanks and Carden-Loyd Carriers. In the event, it was C Company that took 18 Light Tanks Mark III to Palestine in 1936. A few
of these tanks were also operated by the Egyptian Army.
(British Light Tanks 1927-45 By David Fletcher)