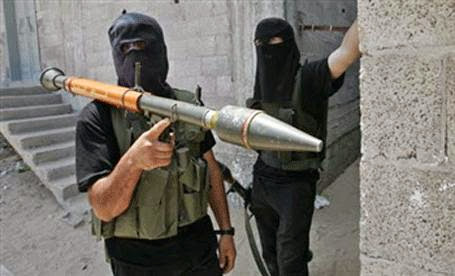 The Yasin (Arabic: يس) anti-tank rocket launcher is a weapon developed by Hamas' Ezzedeen-al-Qassam brigades named after the group's spiritual leader, Sheik Ahmed Yasin, who was assassinated by the Israeli Defense Forces (IDF) on March 22, 2004. Apparently first used during the battle of Jabalya in October 2004, the Yasin was reportedly developed by Hamas' engineers under the direction of Adnan al-Ghoul, assassinated in Gaza by the IDF on October 22, 2004. The weapon resembles the Soviet RPG-2 and RPG-7 launchers.
(Википедия)