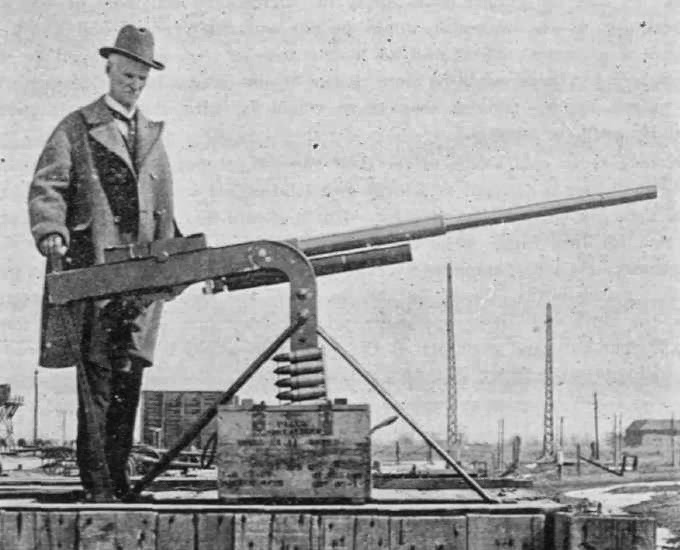 In the presence of a number of Army and Navy Ordnance officers, Mr. John M. Browning, the noted gun inventor, demonstrated his new 37-mm. Browning automatic gun at Aberdeen Proving Ground, Maryland, on April 2. The demonstration included firings of two of these guns, alike in design but, due to difference in power (one being built for a muzzle velocity of about 1300 f.s. and the other for 2000 f.s.) considerably different in length and weight. The firings included the use of the guns with barrel in a vertical position, in a horizontal position, elevated to 450, and depressed to 450, as well as a certain amount of firing with the gun upside down and on its side. Both guns functioned perfectly.
...
The new Browning guns are fed by clips and are capable of delivering a rate of fire of about 100 to 150 shots per minute. The design is distinctly different from that of Mr. Browning's well-known machine gun, although both guns are based on the same general principle, i.e., recoil of the barrel.
(Coast Artillery Journal, Oct 1924)