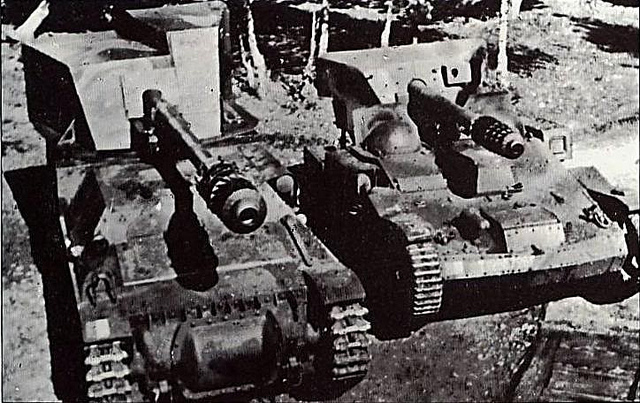 So here is the story of the Galliot muzzle brake. Now I would say there's still a lot of confusion about the exact details, so please keep this in mind. After the First World War a pair of French men, one of whom was called Galliot, the other's name is given as "Borg" or "Bory" were working on a new muzzle brake. In 1919 experiments were held in the US, and in 1924 the results of the experiments were submitted to the US authorities. The muzzle brake worked by directing the blast backwards through a series of fluted spiral channels. It was an incredibly complex piece of equipment that several UK manufacturers point blank refused to build.

After the fall of France Commandant Galliot ended up in the UK. The first attempts made were fitting a Galliot muzzle brake to rifles. In 1941 it was fitted to a 6 pounder. During 1942 there were several trials with the weapon but while the recoil was reduced by 81% the back blast was tremendous. All in all it would require a redesign of the gun mounts. In late 1942 the Free French forces produced a 17 pounder fitted with the brake which was subsequently trialled. However the British considered the brake utterly impossible to mass produce and halted work on it. I assume that this is where the two AFV's pictured above came from. One would obviously ask: Where did the French vehicles come from? There are suggestions that about seventeen Renault UE's made their way to Britain after the fall of France, but I've no idea on the Lorraine 37L.

However from 1943 the idea of fitting it to a Mosquito FB Mk XVIII (Tsetse) came about. Trials may have been considered as well. However one final oddity, there is a persistent rumour that a 32 pounder gun was fitted to a Mosquito Tsetse, although very little is known of this. Some sources suggest that the Galliot muzzle brake was used. There is a document in the archive about a 32 pounder fitted with a Galliot style muzzle brake, but I've yet to view that document and so can't say what information it contains. In 1948 the muzzle brake design was patented, we think it was by the Commandants son, Jules Andre Norbert Galliot.
(Vbaddict.net)